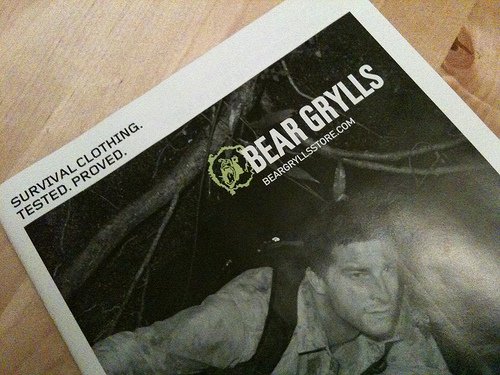 I’ve just watched a Bear Grylls special in which he dumps 10 celebrities on an island and they have to survive. Yawn. It did, however, strike me that a lot of what they went through in their first days on the island was very similar to the early days myself and colleagues spent embarking on a trailblazing journey of change (survival) in the social sector.

Working in the social sector you often hear people throw the following terms about: ‘disruption’, ‘innovation’, ‘acceleration’, ‘incubation’ (ad nauseum). These are nice big words – but – when the nose hits the grindstone and the reality of limited human resource, budget constraints, time limitations and increasing pressure to be ‘lean’ or ‘efficient’ and do your utmost to eliminate ‘waste’ sets in, the space for free and open thinking often disappears.

Recently I was having an informal cup of coffee with another colleague who works for a large charity. We were sharing tips and tricks on what we have found works – and what didn’t work so well. Having been through a journey of working with a number of agencies in this space and having hands on experience of seeing first-hand what might work and what not, I decided that it might be beneficial to share this with the wider world. Most of it is common sense, but the application is critical.

Here are some of the things I have learned on my journey:

One of the best learnings and the one I will conclude with, is that the journey is just as important as the goal. We learn and change so much en-route, it is important to track that, map that and ensure we have some kind of record of how, where, what, when, why there were successes and failures. This is gold dust. Others will want to follow in your footsteps. As a trailblazer, make sure you cut a trail open and wide enough for them to do so.

As one of the camermen on the celebrity island said to expedition leader Ollie Locke (of made in Chelsea fame and looking fabulous in pink): “you’ve led us with a perfect balance of risk and caution”.  Don’t be afraid to hack away at the trail, but always keep in mind that you might be 1m from a cliff edge. I think I’m ready for your island, Bear.

For further information on anything in this article or to speak to a consultant, please email info@tigrismanagement.com
Share
Tweet
Pin
+1
Share
0 Shares
Previous PostFeeling proud? How to improve diversity in your business.Next PostTop Tips for Successful Project Management