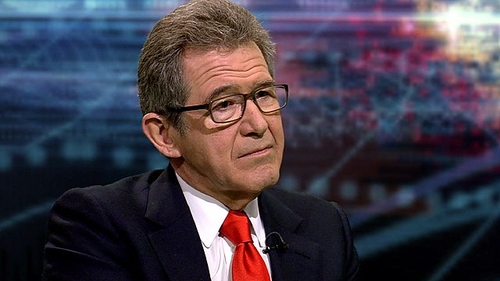 London Mayor, Sadiq Khan, says this year saw the biggest Pride celebrations the city has ever seen, which should, on the surface, be seen as a positive indicator of the progress on the diversity and equal rights discussion in this country. But does one sunny weekend of tolerance in London a year really translate to change in leadership teams and boards across the country?

On Saturday night, I was invited to Pride celebrations at a swanky, Soho club. I was rubbing shoulders with successful gay men and women from the fields of entertainment and business; most of whom, at one time, have had to hide their sexuality for fear it will negatively impact their careers.

It made me reflect on my experiences as an Indian woman. Being unable to hide my gender and ethnicity, I have had to face head on the disadvantages that ticks in those two boxes can sometimes bring. This has allowed me to empathise with the many gay people who hide their sexuality at work. One brave person I knew came out to his employer (a global consulting firm) early in his career and was told by his management that he would never make Partner due to his sexuality. He then promptly went on to work in senior Finance roles in multinational companies, where he continued to cross paths with them as a client or target for many years. Pitch time became more fun for him when his former employer was on the panel, from what I recall.

As Lord Browne states in this article, if you have no role models in any of the companies you work for, you will simply keep moving your talent elsewhere, until you find a place where you fit, or like me, decide that working for yourself is the only plan for your career.

So as an Asian, female leader in business in 2017, here are my truths and tips on making progress in achieving diversity and eradicating discrimination in our workplaces:

1. Legislating against discrimination has driven the bad behaviours underground – For the most part, the penny has dropped that you can’t openly hit on women in the office or use derogratory language towards your gay employees anymore. However, from my first job out of university, where the Managing Director rolled up a newspaper, which he then proceeded to connect with my rear end, to walking into a male-dominated meeting some 15 or so years later and – on seeing there was no chair for me – being offered one of my male colleagues’ laps, I would argue there is still a lot of work to be done. There needs to be a forum for employees to voice these experiences without repercussion, and a mechanism to tackle the perpetrators.

2. Hire HR professionals that have a track record of change – HR is still seen in many organisations as an outfit to prevent litigation, rather than to help challenge and change behaviour. But who can blame the HR professional for not sticking their head above the parapet and tackling this? As an employee, I also remained silent on many occasions when I felt I was being discriminated against for my skin colour or gender. And when I did finally speak up, it directly impacted my next performance review or levels of happiness at work, due to how I was subsequently treated by those I’d offended with my daring.

3. ‘Doing diversity’ badly is as bad as not ‘doing diversity’ at all – I was joking with friends last week about our experiences of ‘diversity gone bad’. I once advised a team of senior leaders about their approach to a forthcoming pitch with a large client. I suggested that the pitch team needed to reflect the diversity of the organisation we were pitching to. The pitch leader’s solution was to announce with glee at the following meeting that he had solved both the gender and ethnicity problem of the pitch team by hiring “Linda*…who is a Ginger!”

My favourite recent attempt at ‘doing diversity’ was by a high-profile CEO who has regular breakfast meetings with different groups of employees to keep a finger on the pulse of what’s happening in the business at a grass-roots level. An admirable initiative, even though leaders should note that you are unlikely to hear the truth in these sessions. However, one brave soul did mention the topic of diversity as a concern, and the next invitation that was sent, was solely to employees with ethnic-sounding names. As each employee read through the list of the other names on the invitee list, word quickly spread at this tokentistic attempt to tackle the diversity conversation and the briefing was promptly cancelled.

4. Hire real diversity expertise into your business – I have seen many examples of people moving into diversity roles in organisations, because it’s a topic of interest to them, but with no real experience or track record of transforming culture and tackling behaviours on this issue. I was shocked to learn, for example, that a former line manager of mine, who once unashamedly claimed that Denzel Washington was the only black man she could ever find attractive, was now in a senior role leading diversity for the same company. It tells you everything you need to know about how serious an organisation is about creating a more equal, tolerant environment with opportunities for all, or whether the function is more of a PR exercise.

5. Come out of the closet! – Whether it’s your sexuality you are hiding, or racial prejudice, you need to speak out. Yes, the consequences can feel stressful at the time, but the sooner we all come out of the closet and reveal the truth about our experiences, the sooner we can affect real change. I am proud of my younger self for the times I spoke my truth, but still reflect sadly on situations where I allowed bad behaviour to continue towards me by remaining silent.

However, there is hope. In recent years, I have seen organisations turning to the right people for advice. I personally have been asked everything from informal advice on how to organise a culturally-sensitive Diwali celebration to being asked to lead a female-empowerment workshop in a leading consulting business.

If you build a diverse leadership team, you will avoid some of these faux pas, and will attract and retain the market’s best talent. The best talent will deliver the best results. This is not a hippy, workplace utopia. This is simply good business and the right way to behave as an organisation in 2017.

“People join businesses when they see people like themselves doing well, so if a gay person comes into business and see no gay people at the top levels… they will go elsewhere. “We need more of those role models; more people to come out; more people to be successful and gay; and more people to be openly gay.”