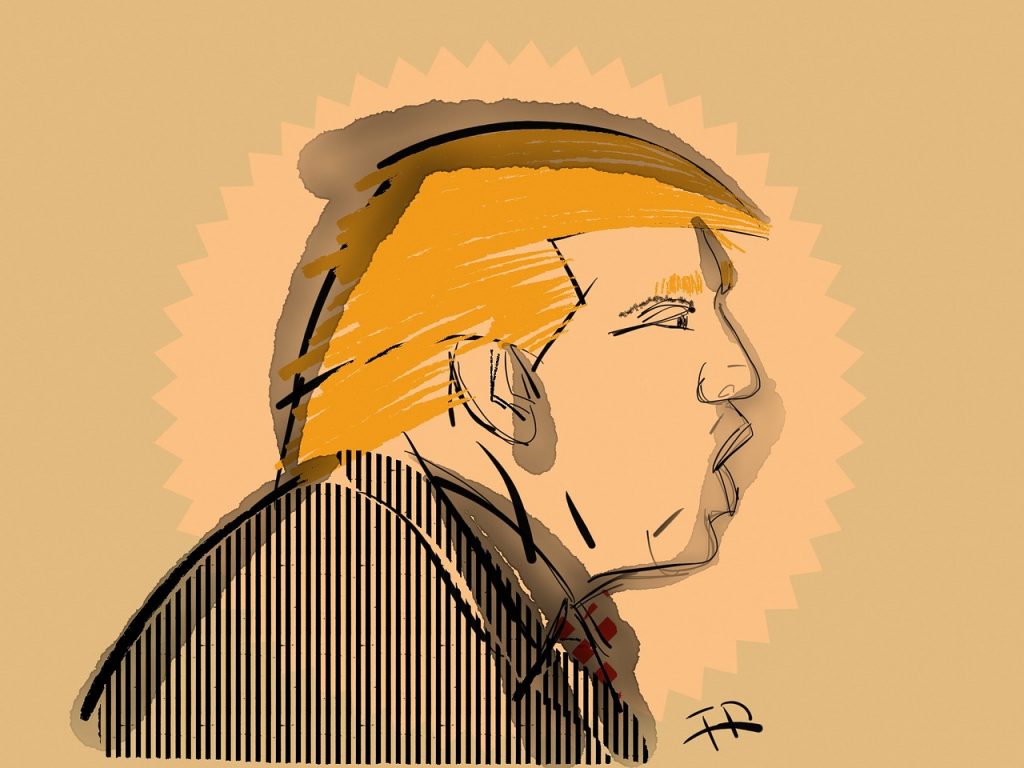 To the shock of millions in the USA and around the world, on January 20th Donald Trump will become the 45th President of the United States. Should we be all that surprised, given his campaign? As someone who knows a bit about selling, I’m not.

For months, we watched the momentum of his campaign building, and if you strip away the brash, unsophisticated and at times, hateful rhetoric, underneath you will find a ‘text-book’ sales approach. From exploiting a gap in the market to using catchy brand slogans, he has catapulted himself into the top job to the surprise of many.

Am I about to put a positive spin on a result that seems like a disaster to many? No, but having closely observed his campaign tactics, his win provides us with a reminder of why some people are more adept at ‘the art of the deal’ than others.

Largely overlooked by his politically experienced opponent, Trump was clear on his target demographic; the disenfranchised, angry, rust belt population and those (including ultra-conservative groups) rebelling against two terms of Obama, and the Clinton legacy.

As a business (or political party, as recent events have demonstrated), you need to continually remind yourself of the needs of your market, and understand your audience’s pain. I meet many clients who undertook their research when their businesses first started, but have failed to notice the subsequent changes in the market and, as a consequence, have watched a decline in sales and in the value of their customer accounts. To stay ahead of the competition, you need to have an ongoing dialogue with your customers and targets about what they want from you. Listen to your sales teams when they feedback on what is happening in the marketplace, and tailor your products and services accordingly.

Use your client’s language

Adapt your messages according to your audience and use a language your client understands. Although many of us wince at much of Trump’s campaign rhetoric, his message was perfect for the people he was targeting. His raw, unbridled commentary focused on what those people wanted to hear the most, and in a language they understood. How did he know which words and messages would resonate? He talked to them.

It seems obvious, but pitching your wares in a language that sounds good to you, but hasn’t been tested on the market recently, is not necessarily going to work for your target customers.

Most of my clients have struggled more with this point than any other, but without being clear on how you’re different, your business is less likely to succeed. Trump’s USP was clear from the start. With no political experience, he was quickly able to label himself as the anti-establishment candidate. His point of difference appealed to the disillusioned millions who felt let down by politicians, and who wanted change.

If, as an organisation, you don’t know your USPs, your marketing and sales budgets are wasted. Go back to the drawing board and if it’s difficult, get to know your marketplace and competitors better. As an aside, saying ‘our people make us different’ is not enough. You need to know why and have hard evidence to back it up.

Use your authentic voice on social media. In the final weeks of his campaign, control of Trump’s Twitter account was wrestled off him by his team, but his authentic voice had appeared in most tweets up until that point, and he is back to his prolific self now the election is over. His target audience knew they were speaking to the real Trump, as his style had become so familiar. The distinct lack of a consistent, authentic voice is also something pundits are attributing to Clinton’s defeat; critical to engaging a younger demographic, who may have swung the results in her favour.

Many organisations still struggle with, or refuse to embrace, these essential methods of communication, and yet, it’s no secret that organisations that interact the most with their followers gain more and convert more to sales.

Thomas Smith’s principles of effective frequency in advertising have been widely acknowledged and used since the late 19th century. Whether you agree that it takes 20 repetitions or less, it takes several attempts to get your message across. If it’s consistent, it will land eventually. If any of us were asked what three key messages Trump built his campaign on, we can now all recite: “build the wall, drain the swamp, lock her up”. Most brand experts would encourage a more inclusive, positive brand narrative, but one that everyone will come to repeat.

Learn from the best

Learn (and borrow) from the best. Ronald Reagan’s successful election campaign was also marketed as the presidency to “make America great again”. This was briefly ‘borrowed’ by Bill Clinton, so Trump hammered home a message that was tried and tested as a previous pitch winner. However, there is a fine line between using tried and tested methods and buzzwords, and plagiarism, as Melania will tell you!

Of course, there are lots of Trump ‘no-nos’, but Clinton probably provided one of the election campaign’s biggest ones: don’t ‘diss’ the opposition. I have observed many client meetings and pitches, where the sales team spends more time talking about how terrible their competitors are, rather than turning this into a positive about their own product or service. You might want to target your competitors’ clients one day and referring to them as a ‘basket of deplorables’ is not going to win them over.

Put the right pitch team together. If you know your competitor has a clear USP – in this case the anti-establishment candidate – send your expert in that area (Bernie?), and give yourself a fighting chance. Many egos have sabotaged pitches by insisting the most senior people or regulars attend all pitches. If the subject matter experts, or those best relationships, are sat in the office twiddling their thumbs, you are not giving yourself the best chance of winning.

My final words: don’t missell. You will, after all, be expected to deliver one day, President Trump.