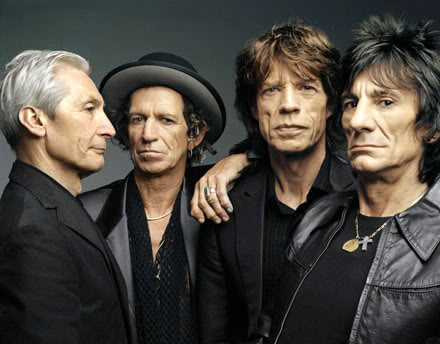 Within four days, I have watched Rod Stewart, The Rolling Stones and Lionel Richie entertain Londoners and visitors to within an inch of their lives. My musical tastes are well and truly trapped in a 60s & 70s vortex and although few will disagree on music from that era being the best, one can sometimes harbour a tinge of a pre-show scepticism over the ability of the ‘Ageing Rocker’ to deliver on the night.

With this same misguided scepticism, I waded through (and stood in) oceans of mud at Glastonbury to watch Paul McCartney headline back in 2004 and to this day, it is one of the best gigs I have ever seen and can say with some certainty, will ever see. Being able to hold a lighter in the air and sing “Hey Jude” with a 100,000 people and a real life Beatle on stage? Are you kidding me?

Over the years, I have watched Leonard Cohen, Neil Diamond and several other old timers and my overwhelming conclusion is this: not only do you get your money’s worth, you walk away inspired, revived and with a few life lessons in your back pocket.

My most recent rock and roll tutorial started on Thursday, when – tongue in cheek and two free tickets in hand – I skipped to the 02 to have a bit of a giggle at all the blue rinses who had paid good pension money to watch Rod Stewart. I was less than half the average age of the other punters, but by the end of the show, no less enthusiastic a supporter. (Ok, am going to say it…a fan!)

I entered the building thinking I only knew three of his songs and left having sung my heart out to a good 70% of them. I’d underestimated him. This was not a Rod Stewart concert. This was a party at Rod’s house and everyone was invited to have a thoroughly good “daddy dance” alongside him.

Daddy dancing was the theme of the weekend. At the 02, in Hyde Park and of course…“on the ceiling”.

On Saturday, I went to the party in Mick’s yard (Hyde Park). I pouted, swung my hips, clapped and whooped with Mick, Keith, Ronnie and Charlie (Mick Taylor appeared mid-show, too!) and on Sunday, boogied with Lionel ‘All Night Long’. (Ok, that’s the last musical pun, I promise!)

So while I have been nursing sore feet and a sore throat since then, I’ve also been reflecting on what I’ve learnt from these gregarious men in their 60s.

Be good and stay good at what you do. This seems obvious, but I feel compelled to mention it. The Rolling Stones are celebrating 50 years together and although most of their songs were written decades ago, they appear not to have rested on their laurels since. This group of men are all still some of the best musicians in the World. Not one bum note was hit by any of the headlining singers during the four-day stretch, which is refreshing in this ‘auto-tuning’ and ‘lip-synching’ age. Being good and staying good takes work and practice!

Be enthusiastic! I guess this is why it’s important to love what you do, because if you’re enthusiastic about it, everyone else will be too – hopefully, for decades and decades to come.

Keep fit and your energy levels up. It’s infectious! There is nothing ‘ageing’ about any of these musicians, even though I have cruelly labelled them as such. Their energy levels put younger folk to shame. They have not been able to keep going physically without being active their whole lives. All of them have had their debaucheries and most of us consider Keith Richards to be something of an anomaly, but even he must be doing something right!

Lionel Ritchie was able to conduct the entire show in a leather jacket on one of the hottest evenings of the year. That takes stamina!

Build a good relationship with your audience. I have been to gigs where the band comes on, knocks out 15 songs and goes home. They don’t interact enough with the audience and I think this plays a huge part in how long they will stick around. Artists need to build relationships, as business people do. Know your audience, give them something more than the product they are delivering i.e. the songs, and retain happy customers for a long time.

Stones’ fans were asked via social media which song they would like to hear prior to each gig of the tour and were treated to their most requested song as a result.

Care about your community. An image of Lee Rigby flashed up at the end of Rod’s “Forever Young” with a touching plug for the Help for Heroes charity. This matters.

Don’t take yourself too seriously. I have used this sentence when coaching people more than any other. When did everything get so serious? Why can’t business be just as fun as rock and roll? Rod Stewart ended the show with a picture of himself on the cover of Rolling Stone magazine from way back when with the following quote: “I don’t want to be singing Do Ya Think I’m Sexy at 50 and become a parody of myself”.

Mick took us through his questionable sartorial history with pride by reprising some of the outfits he wore at the 1969 Hyde Park gig! They know how to laugh at themselves and that makes us like them more.

Charge what you’re worth. Tickets are not cheap for these shows, but you get what you pay for.

Be different, but be yourself. These musical megastars have always been and remain, unapologetic for who they are, despite taking knocks for many different reasons, including simply being different. These days when companies struggle to define what’s unique about them, the ones that do and can embrace it (despite the knocks) tend to be the most successful and long-lasting.

And on a personal level…

Dance like no one is watching! Both Rod and Mick’s moves are rather more like spasms than anything you and I would consider to be dancing. For many years, I have concentrated on making my moves “cool”, “rhythmic” and “attractive” to others. However, I realise now how much effort this requires. Watching Rod and Mick wave limbs like jelly with gay abandon felt so liberating and clearly isn’t doing their health any harm. (They are both pushing 70). To quote a Nile Rodgers classic (who was also awe-inspiring at Hyde Park this weekend)…being “Lost in Music” is the way forward.

Say “thank you” to everyone…A LOT!